Starting in late 2016, Blizzard Entertainment began execution on a project to unify the brand online under Blizzard rather than Battle.net. Alongside this rebrand effort, my team was tasked with setting the direction for the Blizzard brand on the web and on mobile. Twelve months later, my small team of four software engineers and two graphic designers launched the final of five new products.

My main contributions for all of these projects was to set the product vision for each one, work closely with the designers on user experience, and set a roadmap where we could deliver all of them by the end of 2017. 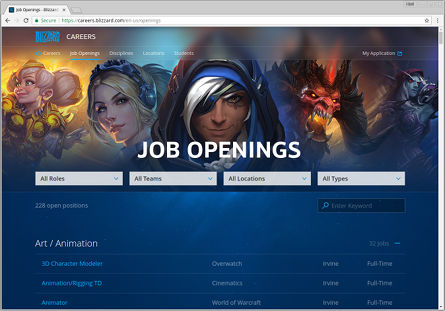 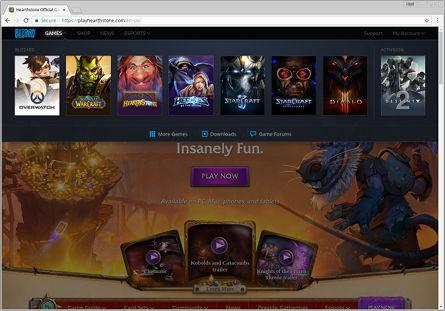 The new global header provides a unified view into every Blizzard web property. 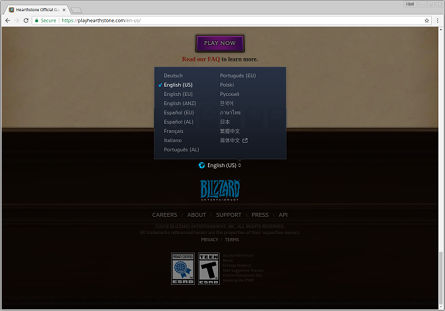 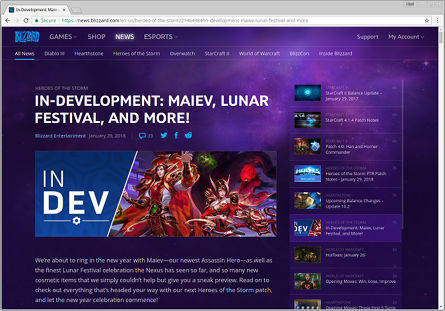 Blizzard News aggreates news posts from all of Blizzard's community channels for consumption in a single place. 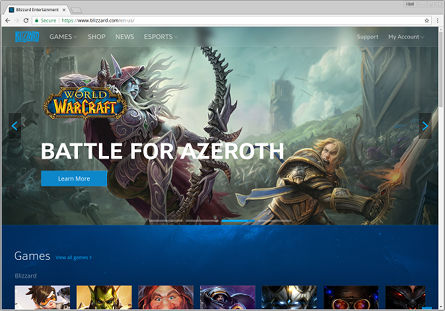 The new Blizzard.com home page represents the first major update to the site since 2009. 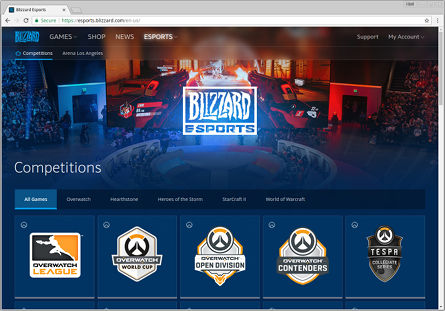 Blizzard Esports is a brand new portal for all of Blizzard's esports programs.

The first web site to be revamped was Blizzard Careers, launching in December 2016. Previously, this was a subsection of the main blizzard.com web site. The new site is standalone and features links to articles about working at Blizzard, in-depth descriptions of our offices and disciplines, and a section dedicated to new graduates and interns. Blizzard Careers was also the first site to use our updated styleguide for all Blizzard-branded properties.

The new global navigation component was the most challenging of all the projects. Essentially every web site team across Blizzard acted as a stakeholder and customer on this project. This created a lot of conflicts between different teams whose requirements came into odds with each other, and I had to negotiate how the final product would work. Also, we had to support two different tech stacks: Node.js and Java/Spring.

The major opportunity here, though, was to formally productize this component. Previously it had been treated as a shared asset, meaning engineers from all over the company would commit changes to it without any sort of change management, continually destabilizing the codebase. Now it is controlled by one team who fields both new feature requests as well as ongoing product support. We even have a formal SLA for supporting past versions.

We launched this product in March 2017, and I still get compliments a year later from around the company for how I handled this project and how easy it is to integrate with the new navigation component.

Before Blizzard News launched in June 2017, the only place to read all of the news across Blizzard was in the desktop launcher. Now there is an optimized experience for both desktop and mobile web. In 2018, we plan to replace the older news app that powers the launcher with the new web site so that we can quickly make updates and refinements to the news experience there.

Blizzard News was also my team's first experience with deploying a web experience in Chinese infrastructure. This had a lot of technical and legal hurdles we had to learn and overcome together.

The centerpiece of the rebrand project was the relaunch of Blizzard.com. Debuting in October of 2017, it was ready just in time for BlizzCon and represented the first major update to that site since it was last updated in 2009. This new version is more player-focused, showing Blizzard's games and news, instead of just showing a list of press releases.

Building on our experience Blizzard News, we also launched this site in China, representing Blizzard's first corporate web site presence in that country.

Wrapping up in December 2017, we launched the final product needed to build out our new Blizzard brand platform, Blizzard Esports . This site was created specifically to solve a discoverability problem with Blizzard's myriad of esports programs across all of our franchises. Later on, we plan to expand the site with much more content and useful information for Blizzard esports fans.